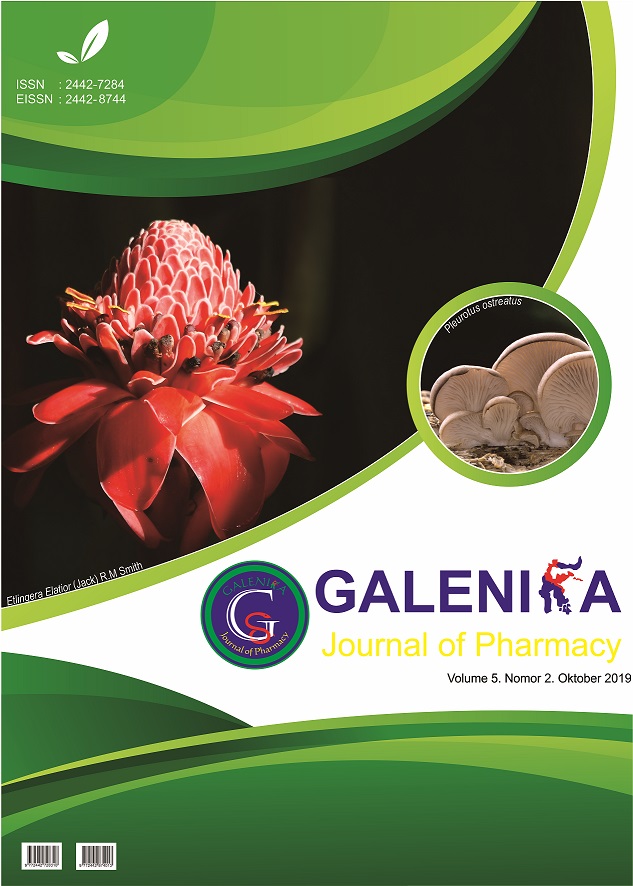 Pamelo citrus is a fruit plant having the potential to be developed in Indonesia. One of the centers for producing large oranges or Pamelo citrus in South Sulawesi is Pangkep Regency. One of the components of the Pamelo citrus is pectin. Pectin is a polysaccharide compound with a high molecular weight which is widely found in plants and it can absorb metals because they contain carboxylic groups. This study aimed to analyze pectin from albedo pamelo citrus fruit as an adsorbent for heavy metal plumbum (Pb), cadmium (Cd) and copper (Cu). The method used was atomic absorption spectrophotometer with the equation analysis of heavy metal adsorption by pectin of pamelo citrus determined by Langmuir and Freundlich adsorption isothermal method. The results showed that pectin of albedo pamelo citrus following the isothermal of Freundlich adsorption which showed the adsorbent capacity of Pb, Cd and Cu with the KF values 0.561 mg/g, 0.010 mg/g and 0.066 mg/g, respectively. Meanwhile, n values were 0.823 for Pb, 0.321 for Cd and 1.121 for Cu, and in commercial pectin following the isothermal of Freundlich adsorption with the KF values of Pb, Cd and Cu were 0.650 mg/g, Cd 0.015 and Cu of 0.77 mg/g, respectively. Then the n values were 0.641 for Pb, 0.811 for Cd and 1.183 for Cu.