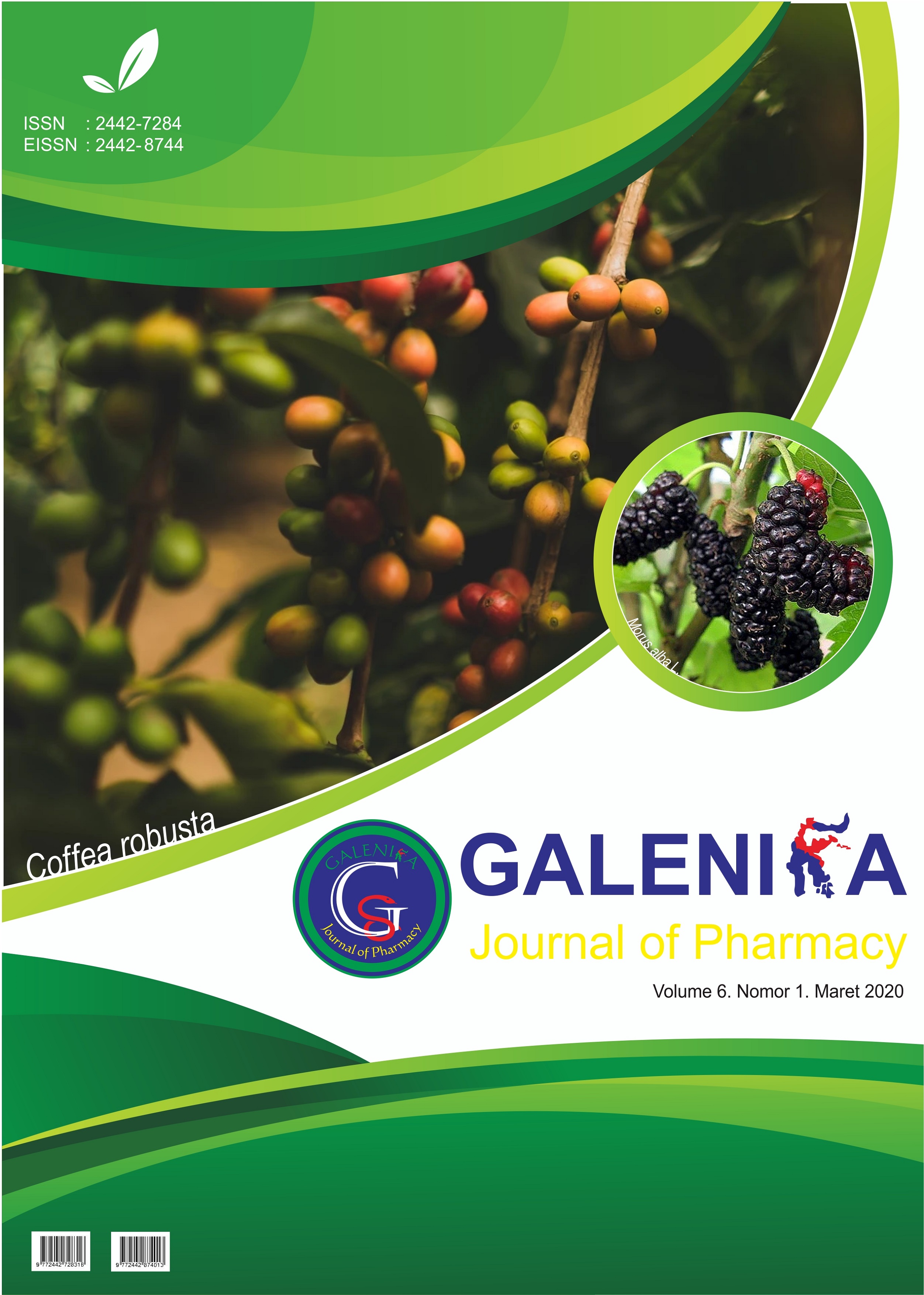 Rheumatoid arthritis is an chronic autoimmune disease, which is characterized by inflammation and degradation of the joints and cartilages. Rheumatoid therapy is currently using immunosuppressant drugs, nonsteroidal anti-inflammatory drugs and corticosteroids. Treatment of chronic rheumatoid can trigger side effects. Syzygium polyanthum leaves contain alkaloid compounds, flavonoids, saponins, tannins and essential oils consist of citral and eugenol which are thought to be potential as antirheumatoid. This study aims to determine the effect antirheumatoid arthritis and effective dose of ethanol extracts of  Syzygium polyanthum  leaf. This study used 15 male rats. Treatment started by measuring foot volume using a pletismometer and then inducting CFA intraplantary as much as 0,1 mL on day 1 and left until day 16th. On the day 17th a foot volume and arthritis index was measured and then treated until the day 30th. The animals were divided into 5 groups: negative control (Na. CMC 1%), positive control (methylprednisolone dose 1.646 mg / kg BW), ethanol extractof Syzygium polyanthum  leaf at a dose of 75 mg / kg, 150 mg / kg and 300 mg / kg. On the day 31st, foot volume and arthritis index measurements were taken again. The results showed a decrease in foot volume and arthritis index after given of the extract. Foot volume difference data were analyzed using the One Way Anova test followed by the Post Hoc LSD test. The difference between the arthritis index data was analyzed using Kruskal-Wallis followed by the Mann-Whitney test. Statistical results show that positive control has the same effect as extract (P> 0.05). Based on the results of statistical analysis of inflammation of the foot volume and the arthritis index shows that the ethanol extract of Syzygium polyanthum  leaf had an effect as an antirheumatoid arthritis