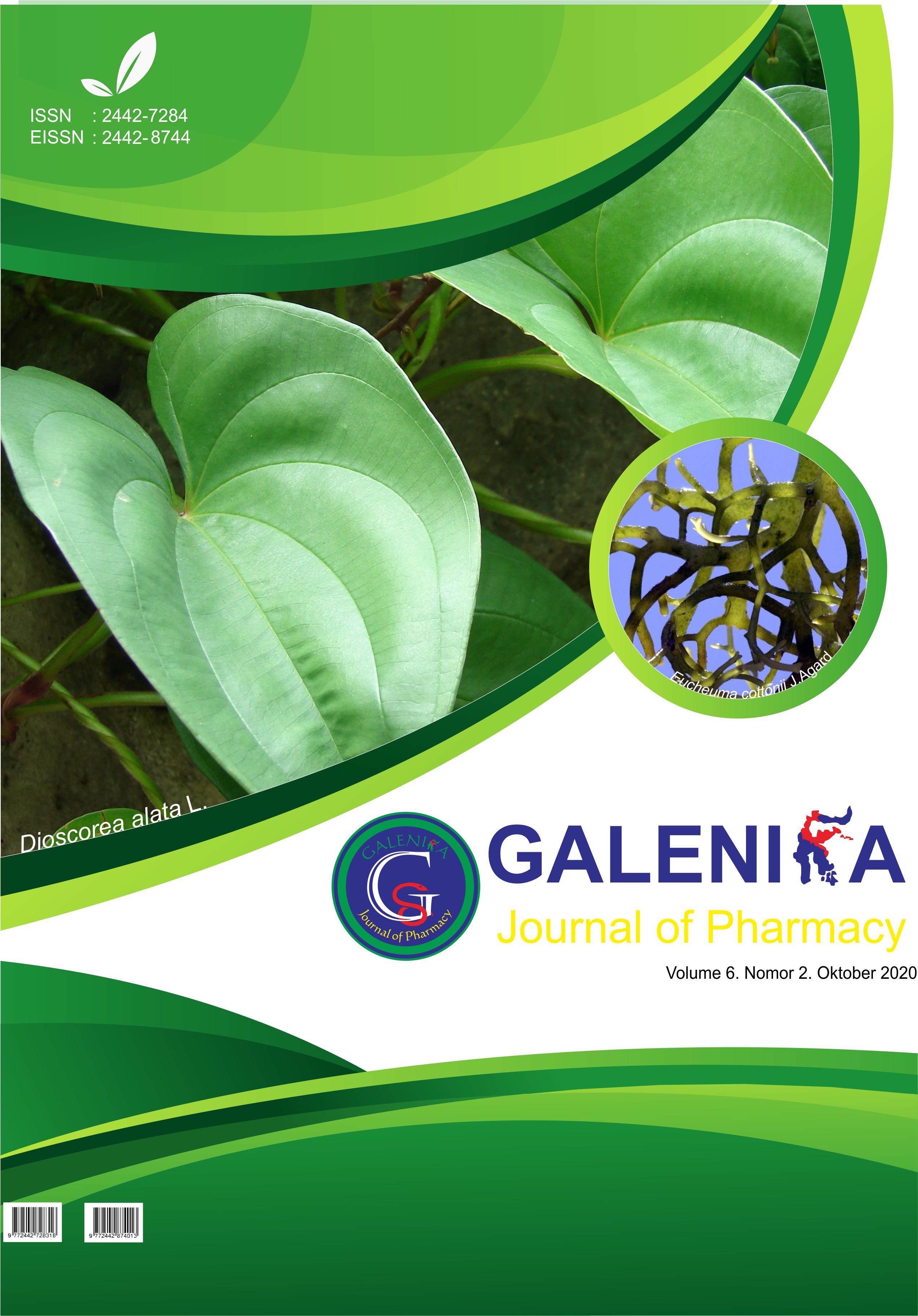 Burns often occur in various daily activities, second-degree burns are the most common. Snakehead oil (Channa striata) contains fatty acids such as omega-3 and omega-6 which can accelerate the wound healing process. This study aims to determine the physical stability and effectiveness of emulgel preparations containing snakehead oil for 8 weeks of storage of the wound healing process, which was given topically to 5 groups of treated mice.Second degree burns were made on the skin of mice, then the wound was smeared with emulgel preparations and the healing process was observed for 21 days. Cork fish oil was formulated in several concentrations; F1 (5%), F2 (10%) and F3 (15%). Organoleptic datas showed that all formulas formed as semisolid dosage form with a pale yellow color and distinctive smell of snakehead oil. The emulgel has homogenous state, not irritating effect and pH range of 5,7 to 5,3. The dosage which has a concentration of 15% gives the smallest spread but has the longest adhesion. In the Freeze and Thaw stability test conducted at 40C and 400C the dosage remains stable with an increase in globule size. Data analysis of the effectiveness of burn healing was done by two-way ANOVA statistical tests and continued with the Tukey test. The independent variable is the treatment group and the recovery time of mice while the dependent variable is the diameter of the burn. Statistical results showed that all formulas differed significantly (p <0.05) against negative controls indicating that they had effectiveness in wound healing. F3 has a better effectiveness of healing burns on the 15th day with 100% healing percent compared with F1 and F2 on the 21th day.