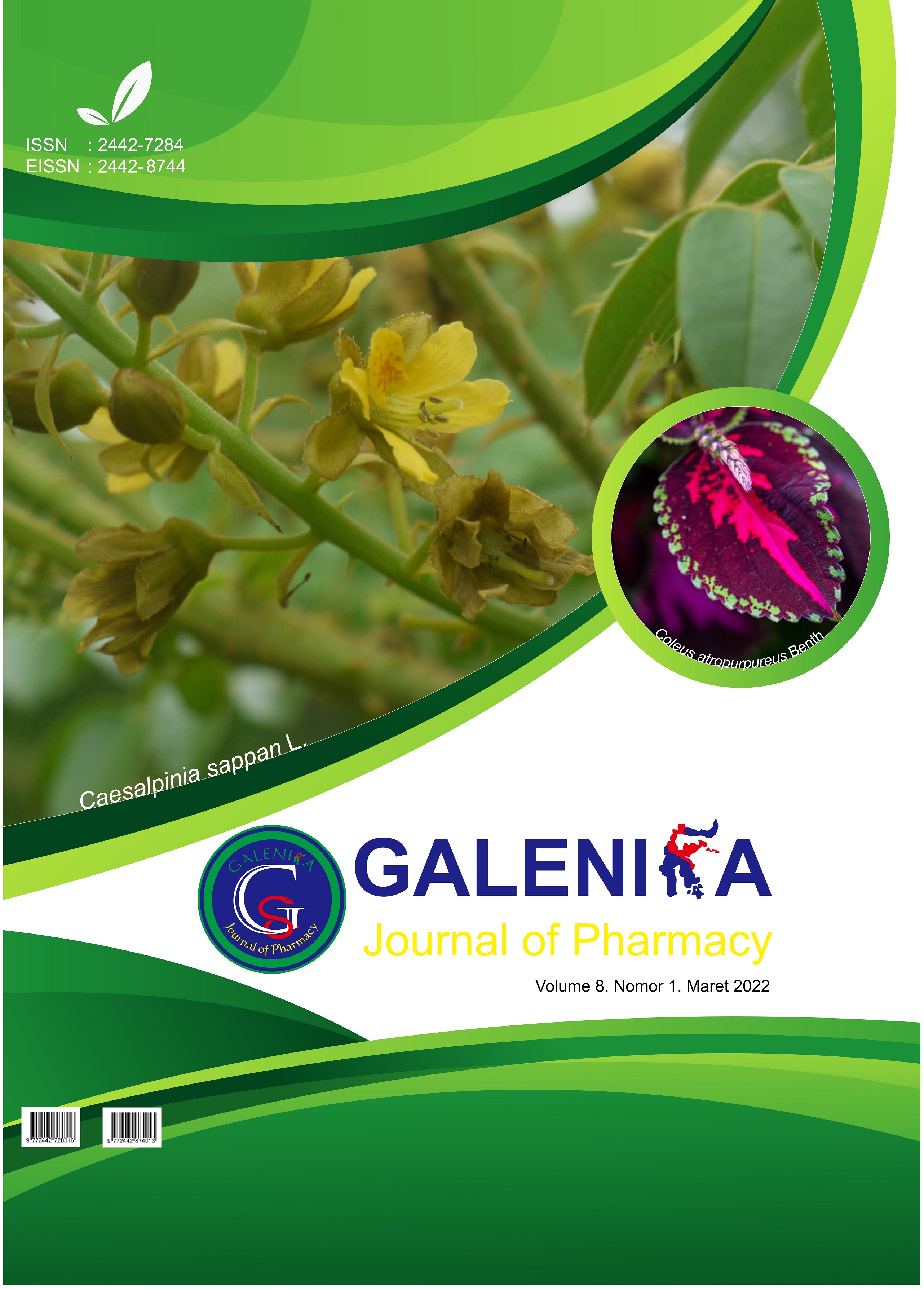 Background: Inflammation is a normal protective response to tissue injury caused by physical trauma, chemicals, or microbiological substances. The manifestation clinic of inflammation is pain. Miana leaves (Coleus atropurpureus Benth.) have chemical contents such as essential oils, phenols, flavonoids, and polyphenols. Flavonoids can protect lipid membranes from damage and inhibit cyclooxygenase, which is the first pathway for the synthesis of pain mediators such as prostaglandins. Objectives: This study aims to determine the effectiveness of ethanol extract of Miana leaves (Coleus atropurpureus Benth) (EEML) as analgesic and anti-inflammatory in rats (Rattus novergicus). Material and Methods: This study used The Pre-Posttest-Only Control Group Design,  twenty male rats were divided into 5 groups namely negative control, positive control was given diclofenac sodium, treatment with EEML dose of 150 mg/kgBW, 300 mg/kgBW, and 600 mg/kgBW. Test of Antiinflammatory uses the Rat Hind Paw Edema method where the condition of inflammation in rats is induced with 5% egg white by subplantar. The measurement of edema in rat feet used a caliper every 30 minutes for 5 hours. While The measurement of analgesic testing used the method of nociception test which evaluates pain responses such as Staggering Gait, Vocalization, and Writhing. Results: The results of the measurement of the inflammatory parameters were analyzed with the One Way Anova test for the width of edema foot and Kruskal Walis for the thickness of edema foot. While the results of observing the pain response were analyzed with the Kruskal Walis test. Conclusions: This study concluded that the ethanol extract of Miana leaves has anti-inflammatory analgesic especially at a dose of 600 mg/kg BW which results are non-significant (p> 0.05) with a positive control group (sodium diclofenac).