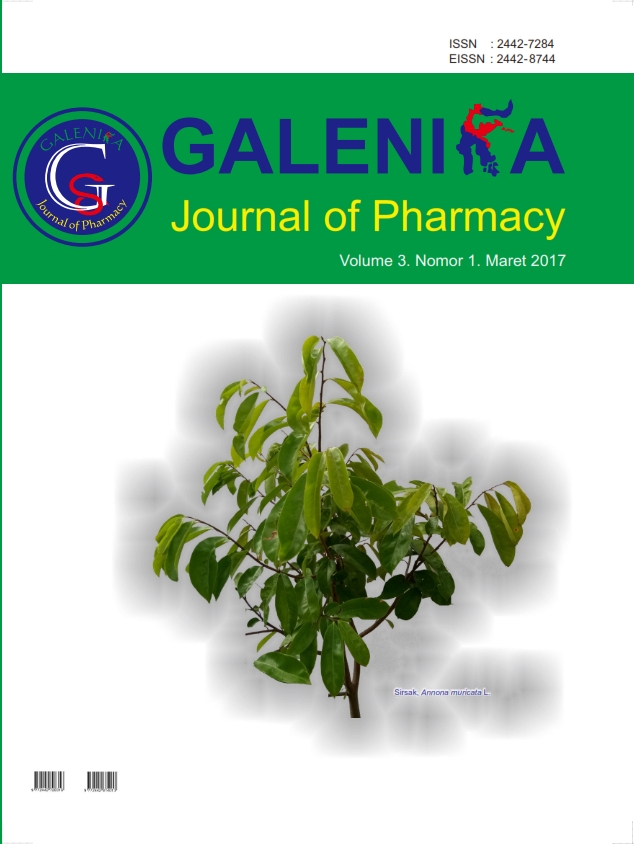 Research on the formulation of preparations mouthwash prevention of dental plaque extract of cocoa beans also has been tested in Streptococcus mutans bacteria by variations in the concentration of glycerin as a humectant in preparation which aims to determine the effect of different concentrations of glycerin as a humectant to the physical properties, chemical properties and inhibition zone Streptococcus mutans bacteria in mouthwash formula and to know the mouthwash formula that has the physical quality and the highest antibacterial activity. The method used includes the step of extraction of cocoa beans, preparation of a mouthwash with 4 formula using variations of glycerin F1 (0%), F2 (15%), F3 (20%) and F4 (25%) followed by an evaluation formula that includes organoleptic tests, pH test and the test of inhibition diameter. Tests performed on days 0, 7, 14 and 21. The results showed the concentration of glycerin as a humectant in a mouthwash formula cocoa seed extract has an effect on the diameter of inhibition zone, but did not have a significant effect on the physical and chemical properties of cocoa seed extracts mouthwash, The concentration of glycerin which meets the physical quality and the most excellent antibacterial activity that is 15% contained in the formula 2.