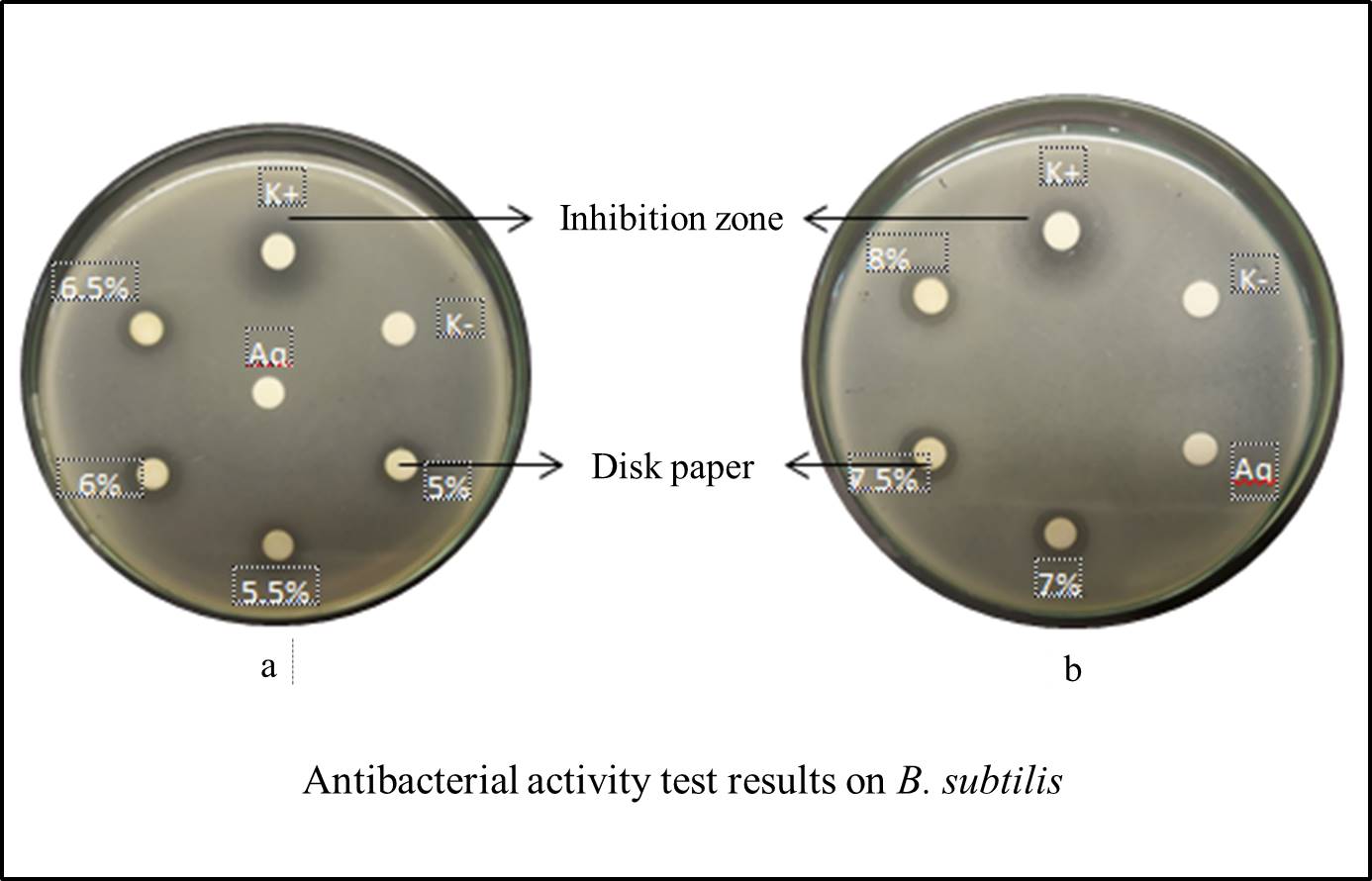 Sembung rambat (Mikania micrantha Kunth.) is a weed whose presence is detrimental to agriculture because it can prevent agricultural plants from absorbing nutrients, water and light for photosynthesis. But behind that it turns out that sembung rambat has various benefits, one of which can be used as an antibacterial. The antibacterial ability of sembung rambat leaves has the potential to be used as a basis for making alternative antibiotics. This study was conducted to determine the value of Minimum Inhibitory Concentration (MIC) and antibacterial acitivity of leaves of sembung rambat (M. micrantha Kunth.) Which is most effective in inhibiting the growth of B. subtilis. The sampling method was done by purposive sampling, the extract was made by maceration with ethanol 96% ratio of 1:10. Test for antibacterial activity using the diffusion disc method. The antibacterial activity test results of 96% ethanol extract of sembung rambat leaves, inhibited the test of the value that was the most effective at inhibiting the growth of B. subtilis at 6 % with a diameter of 4.63 mm. From the results obtained, it can be seen that the leaves extract of sembung rambat has the potential to be used as an alternative plant-based antibiotic