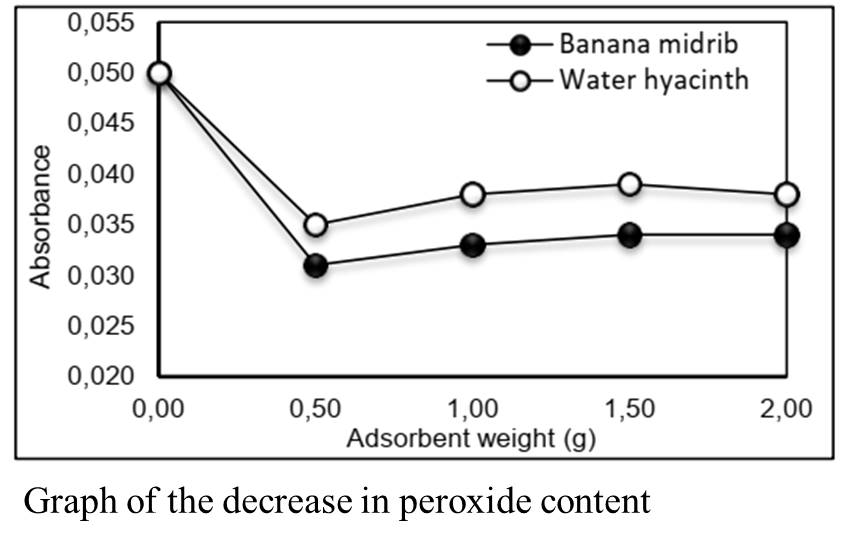 Waste cooking oil is cooking oil that has been used to fry food ingredients repeatedly. Cooking oil heated at high temperatures will be damaged to produce peroxide compounds that accelerate the process of developing a rancid odor, reducing the quality of the oil and the nutritional value of fried foods. The research was conducted by the spectrophotometric method using a wavelength of 200-300 nm. Based on the results of the study, the addition of 0.5 g, 1.0 g, 1.5 g and 2.0 g of banana midrib adsorbents obtained peroxide concentrations of 0.031%, 0.033%, 0.034%, and 0.034% respectively. The addition of water hyacinth adsorbent successively obtained 0.035%; 0.038%, 0.039%, and 0.038%. The largest percentage decrease was found in the addition of banana midrib adsorbents, namely 38% and water hyacinth 30%. From the independent T-test statistical test, it was obtained that p<0.05 was significant, so it can be concluded that there was a decrease in peroxide concentration in the addition of banana midrib and water hyacinth adsorbents to waste cooking oil