The effectivity of hand antiseptic against Staphylococcus aureus 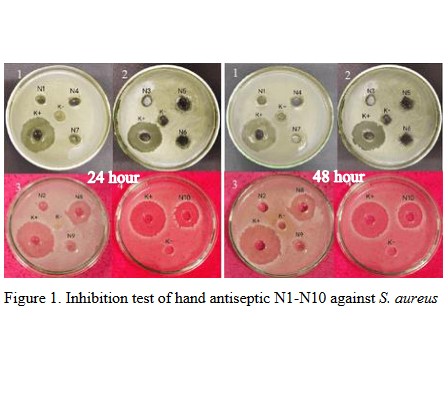