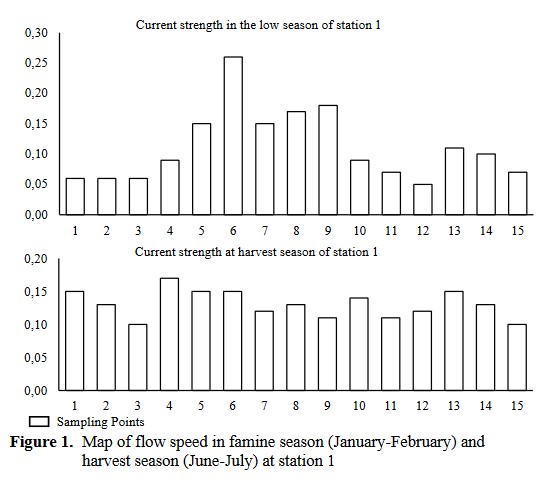 This study was aimed to examine the physical and chemical conditions of the seaweed growing areas in Morowali Regency. It was carried out in January–August 2019 in 13 sub-districts of Morowali Regency, however the sample was taken from 3 sub-districts, South Bungku District, Witaponda District, and Petasia District, because not all districts have seaweed cultivation locality. Data sampling was done in three observation stations, consisting of several research sub-stations. The result showed that only two of the fourteen criteria—carbon dioxide and nitrate—were found to be unfavorable for seaweed growth at three observation stations.