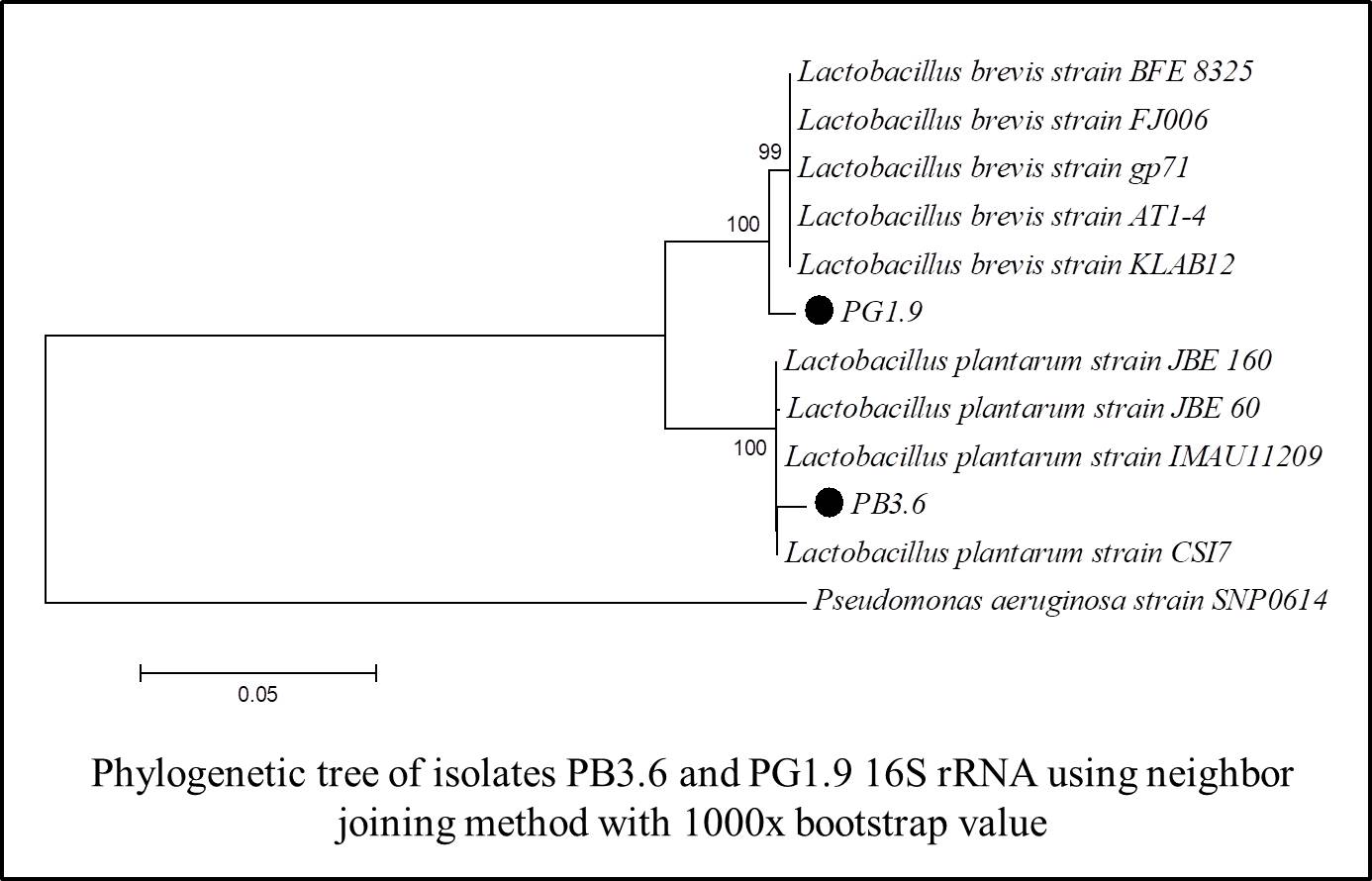 The objective of this study are to isolate lactic acid bacteria from sawi asin and its antimicrobial activity in inhibiting the growth of Staphylococcus aureus and Escherichia coli. Screening of 66 bacterial isolates found 2 isolates of lactic acid bacteria that potentially produced bacteriocins. They were isolate PB3.6 and PG1.9, identified as Lactobacillus plantarum and Lactobacillus brevis, respectively. Isolates PB3.6 and PG1.9 could produced bacteriocins and able to inhibit the growth of S. aureus and E. coli. Bacteriocins of PB3.6 and PG1.9 isolates expected to be used as an alternative preservative agent in food products due to its capability of inhibiting the growth of food spoilage microbes, thus the usage of chemical additive material can be reduced