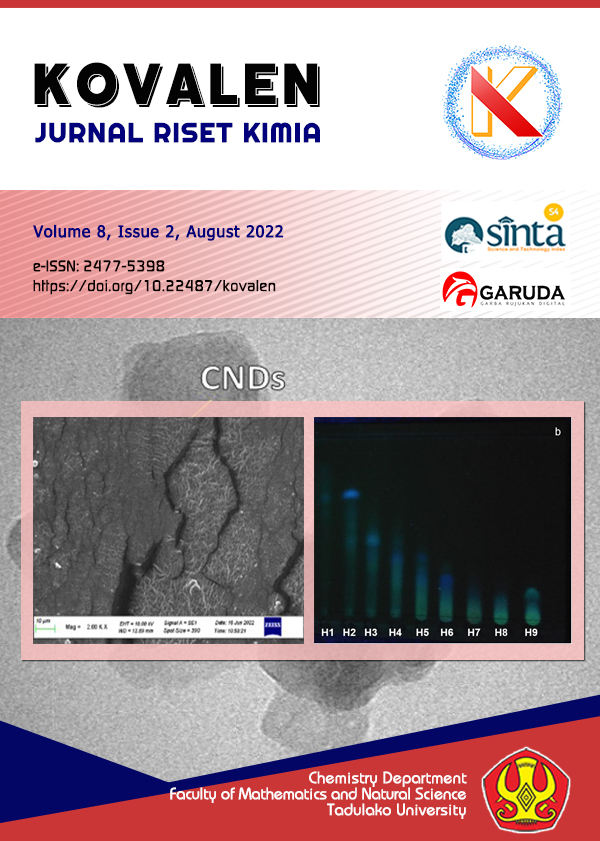 Johar plant is a type of plant from the Fabaceae family which is widely used in traditional medicine such as malaria, itching and diabetes medicine. This study aims to determine the antibacterial activity of Johar stem bark extract with different levels of solvent polarity on the growth of Staphylococcus aureus and Escherichia coli bacteria and to determine the active compound class by TLC-Bioautography. The extraction of active compounds used a multilevel maceration method starting with n-hexane (non polar), followed by ethyl acetate (semi-polar) and ethanol (polar) solvents. Antibacterial activity testing was carried out by diffusion well method with a concentration variant of 25% and 50%. The results showed that n-hexane, ethyl acetate, and ethanol extract had antibacterial activity against the two test bacteria. Ethyl acetate and ethanol extract from Johar stem bark at a concentration of 50% were classified as very strong antibacterials with inhibition zone diameters against S. aureus, which were 22.02±0.84 mm and 20.16±0.23 mm, respectively. The results of the TLC-Bioautography test showed that the three test extracts had strong antibacterial activity against S. aureus and E. coli. In the n-hexane extract with n-hexane: ethyl acetate (9:1) eluent using Lieberman-Burchard spray reagent, it was suspected that triterpenoid compounds were present. In ethyl acetate extract with n-hexane: ethyl acetate (6:4) eluent and ethanol extract with chloroform: methanol (8:2) eluent using FeCl3 1% spray reagent, it was suspected that the tannin compound was present in both extracts.